Thoughts on faith, marriage, fatherhood, and other things 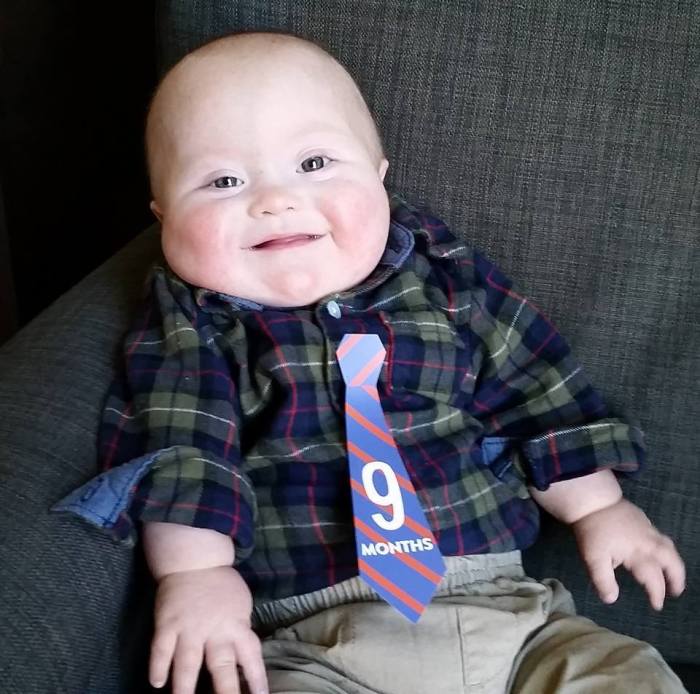 Upon learning that my son probably had Down syndrome, I went through a brief period of denial. Soon after, that diagnosis actually ended up feeling like good news. We had already lost one baby to miscarriage, so knowing that the abnormalities shown on an ultrasound were most likely linked to Down syndrome gave us peace of mind. We would not lose another baby. He would be just fine.

The test that was done to determine his diagnosis did not actually carry a 100% guarantee, though. According to Nicole’s doctor, there was a 99% probability that he had Down syndrome, but to know with absolute certainly would require an amniocentesis. We decided to forgo that procedure after learning of the potential risks. And in the experience of these doctors, in some 1,000 instances the test we had already done had only been wrong 3 times. They seemed certain that it was the correct diagnosis, so we proceeded with the assumption that they were right.

Over the next couple of months, we learned more about Trisomy 21, met people with it, talked to their families, and embraced a better understanding of what life might look like for our family. It was an interesting time for me, personally. To think that I had at first seen the diagnosis as a negative thing, then came to accept it as good news, to finally find myself excited about it is quite something. If nothing else, I hope that my personal journey encourages people to be slow to make drastic decisions when it comes to prenatal diagnoses. You may be surprised by how much your heart can change.

I didn’t realize how much mine had changed until Jude was born.

Nicole and I were looking through Jude’s discharge papers from the hospital the other day. He was born 10 weeks early and spent the first 44 days of his life in the NICU. As you can imagine, there were quite a few pages to look through. One of them reminded me of something. His karyotype (which showed his extra copy of chromosome 21) took me back to the Wednesday afternoon (on the 4th day of his life) when we were given the confirmation that he does have Down syndrome. As I thought about that day, I was reminded of the days leading up to it.

Following his delivery, Jude had an echocardiogram to make sure that his heart did not have any defects (a common issue for babies with Down syndrome). When it revealed a healthy heart, one of the members of the NICU team came to give us the good news. While he was there, I must have said something that tipped him off to the fact that we had not actually confirmed the diagnosis yet. Clearly, it was news to him. I remember seeing a look on his face that seemed to indicate that he was not sure if Jude actually had Down syndrome. That, perhaps, his heart looked fine because he didn’t have a syndrome which often affects the heart in a negative way.

I don’t know whether or not he was actually thinking that. What I know is that, for a few days, I worried that Jude didn’t have Down syndrome after all. It’s hard to explain how I felt. I can only describe the feeling as disappointment.

But why would that disappoint me? Considering my initial feelings about the diagnosis, you’d think I would have felt something closer to hope. That’s not how I felt, though. While thinking about that afternoon, I have wondered why.

I recently read a blog by the mother of a woman with Down syndrome. In it, she challenges the use of “people-first language” when it comes to Down syndrome because, like the color of her daughter’s hair or eyes, her extra chromosome is a beautiful part of who she is. Rather than some negative thing, it is something to celebrate and cherish. It is part of what makes her who she is. I found the blog helpful (ironically, I am about 100% sure it was written in response to one of my own posts) in thinking through my feelings on the days following Jude’s birth. Why would I have been disappointed if he had been a typical baby? Because I had come to love him for who he is.

Does that mean he would have been loved less if he ended up not having Down syndrome? Of course not. But it’s really an irrelevant question in my mind for an important reason: I believe that God had guided our hearts toward loving the baby that He did indeed create to be our son. Jude was planned and carefully created with an extra copy of chromosome 21, and that is part of what makes him who he is.

Full discloser, I still advocate for people-first language. Jude is the same kind of human as any other child, and I think that is worth intentionally pointing out. But please understand that his extra 21 chromosome is an important part of his humanity, not an unfortunate addition to it. It’s something that makes him the beautifully unique individual that we are so blessed to call our son. It’s something that we love about him. It’s something that we would miss if it somehow went away. Without it, our son would not be the same person.

Here’s what I believe: People, with or without special needs, are special. Every individual is made the way that God planned. That means the design of God should be embraced and celebrated. Because I had grown to love that aspect of Jude’s design that we call “Down syndrome”, I was sad at the thought of losing it.

When Jude’s doctor came to tell us the results of his genetic testing on that Wednesday afternoon, the confirmation of his Down syndrome was anything but the bad news that many people would think it should have been. I’m not sure if his doctor understood how good her news actually was. Truth be told, even in my relief on that day, I had no idea just how good her news was, either. Down syndrome had first felt like good news to us when we thought it simply meant that Jude would live. We didn’t consider at the time that it was good news for another reason. Down syndrome itself was good news for us because it meant getting the son that we love and cherish.